It is known that the ability of skeletal muscle to maintain energy exchange and generate mechanical work is related to sports performance in a wide variety of sports. That is the reason why an increase in the energy turnover of ATP (energy currency used by our body) during short duration and high intensity efforts is related to glycolytic metabolism and the increase of hydrogen ions (H +)  triggering to a muscular acidosis next to a loss of performance.

An exercise-induced metabolic acidosis is characterized by a higher production of H + exceeding the rate of elimination, decreasing the generation of energy substrate through glycolytic pathways, this occurs by reducing the activity of key enzymes such as glycogen phosphorylase and phosphofructokinase.

H + also compete with calcium ions for the troponin binding site, which directly impairs the skeletal muscle’s contraction capacity. While other bioenergetic processes such as oxidative phosphorylation and phosphocreatine resynthesis may also be compromised at low pH. Therefore, a fall in muscle pH leads to an inability to produce the desired or required potency with a subsequent loss of exercise performance.

That is why our body has several endogenous systems to control pH homeostasis; this balance is maintained by intracellular and extracellular buffers that can accept or release H + to avoid drastic pH changes.

In muscle, physicochemical buffers such as organic and inorganic phosphates, bicarbonate anions and dipeptides such as carnosine (histidine + beta alanine) are the main mediators of pH homeostasis. The main problem exists in that these “buffers” are extremely efficient at physiological conditions, however, during the high intensity exercise they can be compromised by the excess of H +.

The objective of this post is to elucidate and establish certain considerations regarding the use of extracellular buffering agents in the search to reverse that acidosis or decrease it during the exercise so that the performance of our athlete is not compromised at a bioenergetic level.

As for buffering agents used as supplements and ergogenic aids, they include sodium bicarbonate (SB), sodium citrate (SC), sodium lactate (LS) and calcium lactate (LC); the independent mechanisms of each of the substances will not be discussed here, however, all substances are ingested with the same objective: to increase the extracellular concentration of bicarbonate, which increases the outflow of H + extracellularly, which contributes to acid-base balance during exercise, which can lead to improved performance.

The ability to increase circulating bicarbonate to improve exercise capacity and performance has been widely studied. It is recognized that the most effective extracellular buffer is BS, with numerous narrative reviews and meta-analyzes that demonstrate its effectiveness. While there are limited data on the rest of the substances (SC, SL, CL).

The reality is that there is a widespread controversy regarding the results of the trials together with a disparity in the magnitude of performance improvement using this type of substance. Therefore, it is important to determine the factors that can contribute to a person’s response to these supplements.

Saunders et al. They determined if there was any correlation between blood values ​​(bicarbonate, pH) and exercise capacity. Surprisingly, we did not show any relationship between the magnitude of the change in circulating bicarbonate (or any other measure) and the subsequent changes in exercise capacity.

Jones et al. They observed that not all individuals reached the concentration of 5 mmol / L with a dose of 0.1 g · / kg, which could explain why this dose seems to be ineffective for improving performance. However, a dose of 0.2 g · kg was effective to reach this threshold in almost all individuals, although the concentration decreased 60 minutes after ingestion (<5 mmol / L) in some individuals. This could partially explain why a dose of 0.2 g · kg seems to be effective in some athletes, but not in all.

A dose of 0.3 g · kg of SB is the most commonly used in the literature and seems to come from the work of McNaughton et al., Who showed that it is the most effective in comparison with the lowest and highest doses. Although depending on the study even reaching concentrations between 5mmol- 6mmol / L were not enough to improve performance (FIGURE 1).

FIG.1 Increases in blood bicarbonate from the start after acute supplementation with sodium bicarbonate (SB), in order of magnitude of change. The data points indicate whether exercise performance was improved with supplementation (dark circles) or not (clear circles).

This is due to additional factors that may explain this variation, including the exercise models that determine the accumulation of H +, genotype, associated side effects and individual variation in the response to supplementation.

Another factor of vital importance is the level of training of the subjects, since if it is a question of trained subjects we can correctly evaluate if the benefits are of the own supplementation since their marks are much more standardized and are more similar to each other, within the same athlete.

Few studies have investigated the effect of repeated supplementation on the same individuals using the same exercise protocol. Interestingly, only one person improved on four occasions and another nine on at least one, suggesting that performance does not only depend on the blood concentration of this substance.

A recent series of investigations on acute supplementation with SB suggest that a uniform “TIMING or intake time” is unlikely to be optimal for all individuals.

Individuals must base their decision on supplementation according to their own demands for exercise and the likelihood of obtaining a valuable improvement in it (these tasks are likely to have more advantages or potential benefits as they are continuous tasks of high intensity exercises, such as cycling 4 km away , swimming 100 and 200 m and rowing 2,000 m, or high intensity intermittent activities such as those performed during team sports (for example, football, hockey, basketball, crossfit etc …)

Another factor that may be relevant is the genotype:

We also know how lactate transport is elevated in athletes. This makes sense since it has been shown that training interventions increase the abundance and activity of MCT transporters. In addition, the lactate transport capacity (and subsequently the transport of H +) was related to the quantity of type I muscle fibers. MCT1 and MCT4 are expressed in human skeletal muscle, although MCT1 is more frequent in type I fibers and MCT4 in type II. Polymorphisms in MCT transporters can also influence the response of an individual to supplementation

Regarding the associated side effects (one of the main problems of BS supplementation) the appearance of gastrointestinal discomfort with these supplements is common, stomach pains, flatulence, nausea, vomiting and diarrhea etc …

This has obvious implications for athletes considering supplementation during competition and is a contributing factor probably to the reason why the incidence of supplementation with such agents is low.

After the ingestion of SB, it dissociates in the stomach to form sodium (Na +) and bicarbonate, many of which are rapidly neutralized with H +, which produces carbon dioxide . The production of CO2 in the stomach can cause gastric discomfort with the symptoms described above. The authors report that this is typical in amounts above 0.3 g · kg, with no concomitant increases in yield.

Therefore, it is clear that minimizing the discomfort associated with SB supplementation could increase the likelihood of a positive response, both individually and in groups. A potential solution is to ingest BS in gastro-resistant capsules, avoiding neutralization in the stomach and the associated side effects. The timing of the intake of supplements can be a key modifiable component that can increase or decrease the likelihood of an ergogenic effect not only due to the increase in circulating bicarbonate, but also due to the associated side effects. As supplements are commonly ingested in a standardized time, often 60 minutes before the start of exercise as in the case of BS, this suggests that most studies may have forced athletes to exercise at a time when they experience enough discomfort to negatively affect their performance. Therefore, adopting an individual bicarbonate supplementation protocol would probably prevent exercise when the associated side effects are more intense.

Taken together, the data suggest that synchronization of individualized supplementation with these agents may provide the best opportunity to obtain an ergogenic effect by matching the time of exercise with the maximum bicarbonate concentration after the selected dose. In fact, the supplement dose is another highly modifiable factor that could be adapted to optimize supplementation.

The increase in SB doses above 0.3 g · kg results in an increase in the incidence of GI discomfort, while 0.1 g · kg seems insufficient to lead to improvements in exercise. Although 0.3 g · kg has been considered for a long time the optimal dose. At the level of practical recommendation, athletes who wish to supplement with these substances should test them out of the competition to see how it works for them, adapt and optimize their individual supplementation strategies according to their needs and personal responses.

Knowing the ergogenic effects of these substances, several factors can modify their ergogenic effects, including the time and dose of the supplements, the absolute changes in the circulating bicarbonate, the exercise task that is being performed, the MCT activity, the state of the training and the associated side effects (FIGURE 2). Finally, more information about each supplement is required independently and its interaction with the individual, genotype and the environment.

Fig. 2 Summary of the factors that can modify the response to supplementation with sodium bicarbonate, sodium citrate and calcium and sodium lactate.

The dose (I)  the time of intake (II) influencing both the increases in circulating bicarbonate (III) and the associated side effects at the gastrointestinal level (IV). The training status (V) genotype (VI) Along with the possibilities of a positive ergogenic response is also dependent on the duration and intensity of the task of the exercise that is performed (VII).

DIET WARS ¿LOW CARB AND ENDURANCE  PERFORMANCE? Krogh and Lindhart (1920) were among the first researchers to recognize the… 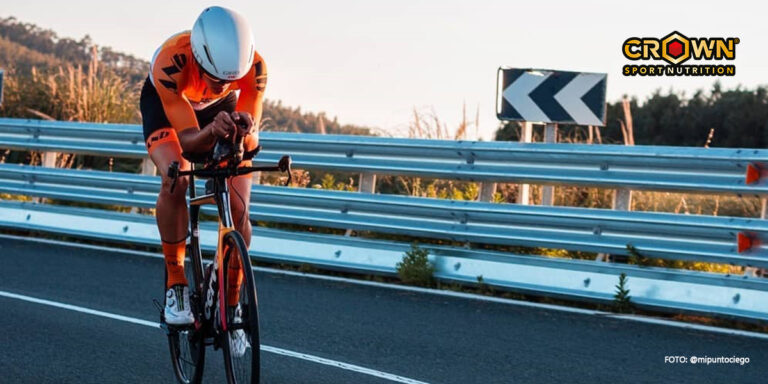 No products in the cart.

This website uses cookies to improve your experience while you navigate through the website. Out of these, the cookies that are categorized as necessary are stored on your browser as they are essential for the working of basic functionalities of the website. We also use third-party cookies that help us analyze and understand how you use this website. These cookies will be stored in your browser only with your consent. You also have the option to opt-out of these cookies. But opting out of some of these cookies may affect your browsing experience.
Necessary Siempre activado
Necessary cookies are absolutely essential for the website to function properly. These cookies ensure basic functionalities and security features of the website, anonymously.
Functional
Functional cookies help to perform certain functionalities like sharing the content of the website on social media platforms, collect feedbacks, and other third-party features.
Performance
Performance cookies are used to understand and analyze the key performance indexes of the website which helps in delivering a better user experience for the visitors.
Analytics
Analytical cookies are used to understand how visitors interact with the website. These cookies help provide information on metrics the number of visitors, bounce rate, traffic source, etc.
Advertisement
Advertisement cookies are used to provide visitors with relevant ads and marketing campaigns. These cookies track visitors across websites and collect information to provide customized ads.
Others
Other uncategorized cookies are those that are being analyzed and have not been classified into a category as yet.
GUARDAR Y ACEPTAR
×